Usually, spectra are let with their intensity expressed in relative units. But they can also be calibrated in absolute flux, a unit to measure the real intensity of the incoming light flux from a star. The unit is an energy measure by square centimeter, for one second, in Angtröms : erg/cm2/s/A. In order to get more ways to compare my Uranus spectra over the years, I have tried to calculate such a flux calibration, using nearby stars.

It can be possible to use a star spectrum already expressed in absolute flux, taken from a library, above the Earth atmosphere, if available, and if the star is found at the same airmass than the object that must be calibrated. I don't know, and don't think, that the stars that I have observed as future references have been calibrated in absolute flux, so I have used a second method: I have transformed the spectra of those stars into "pseudo" standards expressed in absolute flux. This is possible thanks to the ISIS software, which can perform this transformation with a formulae using the catalogue V magnitude of the stars:

The first task is to express all spectra in analog for digital units (ADU), for one second only. As a mean to verify the calculation, I have built two standards with two different stars. One is HD10894, a 7,05 Vmag of spectral type B9, and HD11592, a 6,78 Vmag star of F6 type. Here are the three spectra in ADU for one second (click for full size): 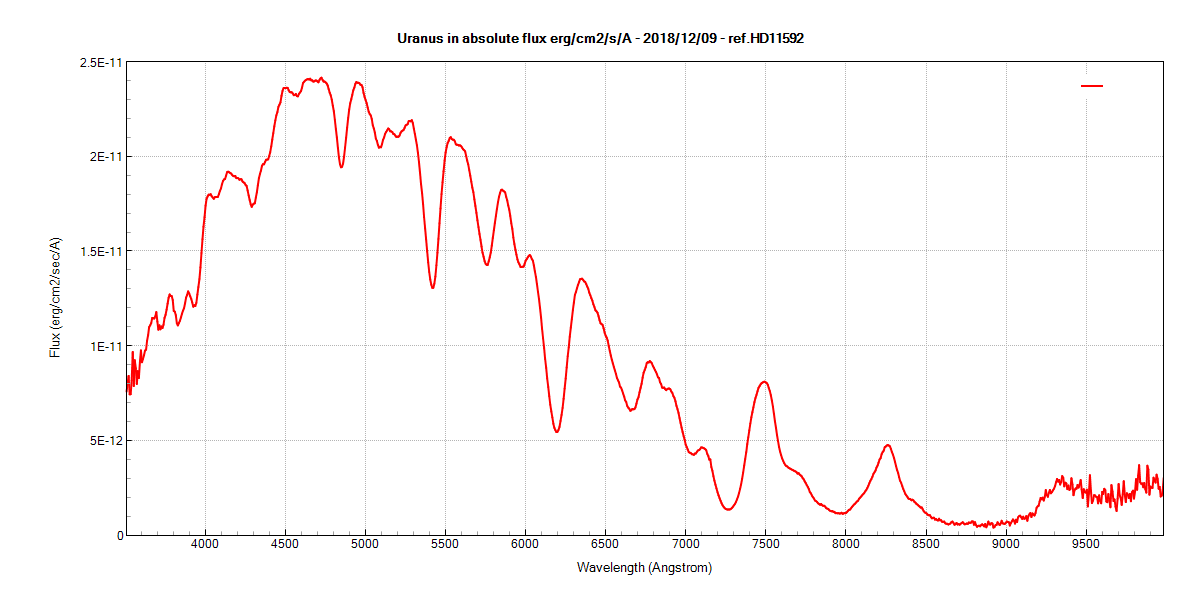